The Living Younger Longer Institute is an autonomous research and educational institution in the Denver area. Our outreach is through treatment at our clinic, teaching classes and private trainings. Our mission is to inspire and motivate healthy living by providing outstanding mind-body educational, art, music and physical activity programs in the community. 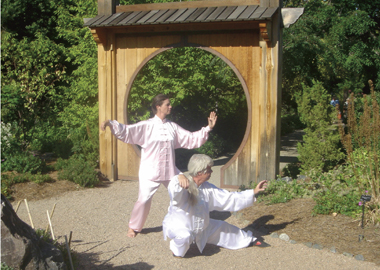 While in faculty positions at the University of Colorado Health Sciences Center, The University of Denver, and Metropolitan State University and the Colorado School of Traditional Chinese Medicine. Joe and Jacqui developed a unique curriculum for allowing students to truly experience the accumulated wisdom of centuries through the timeless exercise of Tai Chi. Dedicated to lifelong learning of health through fitness. Joe and Jacqui have established and coordinated clinical Tai Chi and Medical Qigong programs at St. Joseph, Littleton and Porter Hospitals.

Joseph Brady is a licensed acupuncturist and nationally board-certified practitioner of Traditional Chinese Medicine (TCM.) Joe began practicing Yang style Tai Chi Ch’uan in 1967 and has been teaching Tai Chi/Qigong and Traditional Chinese Medicine for 30 years at the University of Colorado Health Sciences Center, Metropolitan State College of Denver, and community colleges.  He currently teaches Tai Chi/Qigong and supervises clinics at the Colorado School of Traditional Chinese Medicine. Joe also coordinated and taught for the Gerontology certificate healthy aging issues program at the University of Denver for twenty years and wrote a regular column on healthy aging for the Rocky Mountain News. He has presented at many scientific conferences, including lecturing and presenting research at Harvard Medical School’s Osher Institute for Integrative Medicine, Oxford Union Debating Hall and Harris Manchester College, Oxford University U.K.

Joe currently runs his own clinic, is on faculty at CSTCM and DU, writes a weekly "Barefoot Doctor's Journal" blog, and serves as Director of Living Younger Longer Institute. 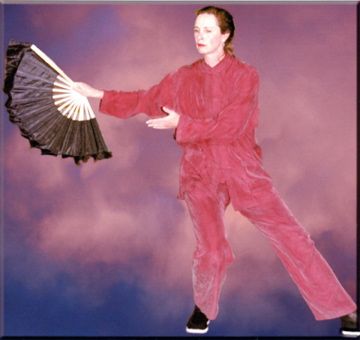 Jacqui Shumway is a therapeutic kinesiologist who specializes in redirectional therapy and promotion of Mind/Body healing. Her unique Medical Qi-Gong, Tai Chi Ch'uan, and martial arts approaches to working with physical education and disabilities earned her notice in higher education circles, where she taught for over 25 years.

In the 1990s, her combination of Eastern and Western medical approaches formed the basis of the Cutting Edge Fitness Education program at CU Health Sciences Center and her work with the American College of Sports Medicine. Earning her graduate degree in Preventive and Rehabilitative Exercise from UNC set the stage for continued research in this millennium.  She has since presented her findings at numerous national and international conferences.

Dedicated to providing students with compelling information on health issues coupled with ancient wisdom, she inspires students to have fun taking control of their own health. Jacqui has been appointed and elected to advise and serve on local, state, and national boards and political campaigns.  She served many years as Western Region Director for the National Association of Health and Fitness, as Vice President of the Colorado Governor’s Council for Physical Fitness, as Treasurer for Colorado Ceasefire, helped found The Bike Depot and Bikes Together Bike Camp, and most recently, as Co-Chair of City Park Alliance.

Jacqui ran twice for Denver's school board to promote the expansion of Art. Music, and Physical Fitness (AMP) in Denver Public Schools and throughout education in general. Her campaigns resulted in a mill levy for Denver students with specific funds dedicated to AMP. Jacqui then founded The AMP-athy Project to expand the violence-reducing aspects of her life's work.

Winner of numerous awards, Jacqui has twice been a featured presenter at the Oxford Roundtable at Oxford University, England.  She is humbly honored by often being recognized for her dedication to her family and "Non-stop Volunteering" in her community, educational and political circles. You can find her on weekends (with her 3 grown children and wonderful partner, Joe), singing solos with her choirs, leading drum circles, announcing parades, leading family bike rides, organizing storytimes in the park, registering and bike-pacing lead runners... and of course, saving the planet by riding her bike... and doing her own Tai Chi in the parks.

She is currently serving as Park Hill site coordinator for DU's Osher LIfelong Learning Institute, where she also facilitates classes. She continues to teach community Tai Chi Ch'uan classes, to work privately with clients, and to teach workshops in promoting personal Mind/Body healing.

The Institute seeks to empower it's members to take control of their own health by providing access to world class art, music and physical activity programs. Our lifelong learning and health promotion programs help you find your own inspiration, help create healthier communities and share the adventure with whoever is interested.

Feel free to contact us with any questions you may have